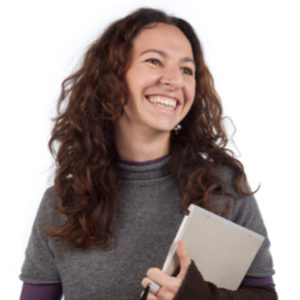 Costanza Toninelli was born in 1979 and started searching since then! After becoming a researcher for the National Institute of Optics (INO-CNR) and group leader at LENS in 2012, she focused on the enhancement and control of light-matter interaction through the coupling of single quantum emitters to photonic structures. She studies single molecules, able to deliver one photon at a time, with different optical properties at low and at room temperatures. In the European project she coordinates within the framework of the Quantum Technology Flagship, this system is used as quantum sensor and as a source of non-classical states of light. Among the other topics she likes to deal with, there is light transport in complex systems and fluorescence-based sensors.