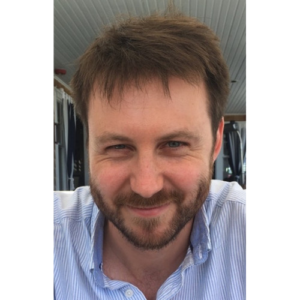 David Phillips is an Associate Professor in the School of Physics and Astronomy at the University of Exeter, where he leads the experimental ‘Structured Light Group’. The group apply digital laser beam shaping techniques in combination with advanced computational approaches to solve problems and develop new technologies in photonics. Current challenges include understanding how to control light in scattering systems to image through opaque media, inverse design of photonic systems, and development of optically activated micro-robotics. After graduating from an MSci in Physics at Durham University in 2004, David worked in the defence industry as a systems engineer for 3 years. In 2007 he changed direction and began a PhD in nano-physics at the University of Bristol, which he completed in 2012. This included several months on a secondment to the UK parliament working at the Parliamentary Office of Science and Technology. He then joined the University of Glasgow as a postdoctoral researcher from 2013-2016, after which he obtained a Royal Academy of Engineering Research Fellowship, which he brought to Exeter in 2017.