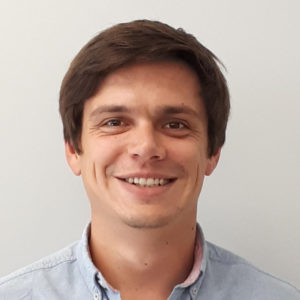 Wave transport in complex media is widely studied through calibrated model systems ranging from nano-powder (in optics) to millimetric beads aggregates (in acoustics). Those samples are designed to strongly scatter waves and achieve transport phenomena such as Anderson localization. This effect has been studied for the past 30 years in both acoustics and optics. However, the search for the experimental observation of this complex wave phenomenon is still challenging in three-dimensional disordered samples.

In this talk, I will show how model systems achieved by millifluidics are good candidates to study scattering phenomena with ultrasounds. The impact of Mie-type resonance on both ballistic and diffusive wave transport is studied through fluid suspensions made of calibrated oil droplets in water. The all-fluid structure of these emulsions allows the acoustic (scalar) field to be directly measured within the sample, something that is not possible with solid materials usually considered in studies of wave transport. Analogies with previous studies allow us to elucidate the effects of resonant scattering on wave transport in both acoustics and optics.

In a second part, we will see how natural disordered systems can also be inspiring for the study of wave transport. For instance, dense shoals of fish are strongly scattering system for acoustic waves and can support complex transport phenomena. The parallel between laboratory and in situ experiments gives i) new characterization tools for fisheries acoustics and ii) new leads for the bio-inspired design of model systems.

I completed my PhD in 2017 at Bordeaux University under the supervision of Christophe ARISTEGUI and Thomas BRUNET. During this work, we studied the resonant scattering through ultrasonic experiments in soft disordered materials. The sample we designed during this project revealed attractive properties in the quest for Anderson Localization. In 2018, this interest in transport phenomena and localization gave me the opportunity to work John H. Page. During this first postdoctoral position at the University of Manitoba, I worked on equipartition of elastic waves in granular media. I am currently a postdoctoral fellow at the “Institut des Sciences de la Terre” of Grenoble in the group of Philippe Roux. In this project, we focus on acoustic waves scattering by dense fish shoal in collaboration with scientists from iXblue (La Ciotat), SINTEF (Trondheim), Aquabio (Bergen) and LPMMC laboratory (Grenoble). This study conducted to the creation of new “mesoscopic tools” for fish counting in complex environments.

My research field is ultrasonic transport phenomena in disordered media (either synthetic or natural). I am particularly interested in maintaining the link between observations made in laboratories and natural environments.