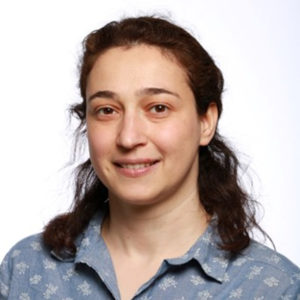 Optical metamaterials such as hyperbolic metamaterials (HMMs) have a unique property that exhibits high-k modes due to hyperbolic dispersion and the existence of epsilon-near-zero (ENZ) in their electromagnetic spectral range. Besides the existence of ENZ wavelength, HMMs can enhance the radiative recombination rate (spontaneous emission) of quantum emitters. Recently, researchers have investigated deeply the linear properties of ENZ metamaterials. Such investigations lead to achieving a broad range of applications such as novel waveguiding regimes and controlling the radiation pattern of electromagnetic sources. In addition, experimental evidence is presented for the role of ENZ metamaterials to affect optical nonlinearity.

We have investigated both the linear and nonlinear effects of a multilayer epsilon-near-zero metamaterial. First of all, we have used the ENZ feature of HMM as a substrate to manipulate the resonance of plasmonic nanoantennas. The localized surface plasmon resonance of metal nanoantenna is signiﬁcantly inﬂuenced by the size, shape, and environment but also its substrate. We demonstrate that the vanishing index of the substrate slows down the resonance shift of the antenna, known as pinning eﬀect. Moreover, we have controlled the pinning effect at different regions by tuning the ENZ wavelength of HMM.

Additionally, we have shown the ability to exploit the ENZ regime, for effectively tuning the optical properties of a metamaterial with simple design, operating in the visible range. The applied nonlinear change in the index of refraction leads to an ultrafast light induced metal to dielectric phase change at the ENZ region. The ability to access ultrafast light induced refractive index changes represents a new paradigm for the nonlinear optics. We anticipate that research on the nonlinear optical response of ENZ materials will generate very important results for years to come.

Prof. Humeyra Caglayan is an associate professor of physics in the Faculty of Engineering and Natural Sciences at Tampere University and leads the Metaplasmonics group. She received her Ph.D. degree in Physics from Bilkent University, Turkey, in 2010, where she investigated the novel electromagnetic phenomena in metamaterials and plasmonic structures. After her Ph.D. studies, she worked as a postdoctoral scholar in Prof. Nader Engheta’s group at the University of Pennsylvania. Her group (Metaplasmonics) focuses on engineering the fundamental interaction between light and matter at the nanometer scale for plasmonic and metamaterial-based devices. She is an H2020 ERC Starting Grant holder (2019-2023).