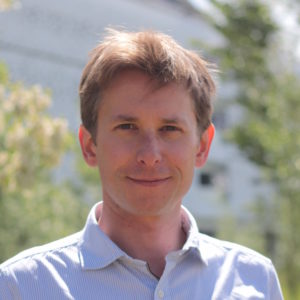 Kevin Vynck is a CNRS Researcher at the Institute of Light and Matter (iLM) in Lyon (France), specialized in the theoretical and numerical modelling of light scattering by complex nanostructures. He received his PhD from the University of Montpellier (France) in November 2008, and was post-doctoral fellow at LENS in Florence (Italy) and at Institut Langevin in Paris (France). Between 2013 and 2021, he was CNRS researcher at the Laboratory for Photonics Numerics and Nanosciences (LP2N) at the Institut d’Optique in Bordeaux. With his colleagues, he was amongst the firsts to propose using resonant silicon nanostructures for metamaterial applications, to exploit correlated disorder in planar photonic structures for light trapping in thin films, and to investigate the potential of disordered metasurfaces for visual appearance design. In 2019, he was awarded the CNRS Bronze Medal.