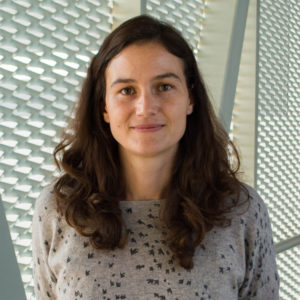 Sol Carretero Palacios graduated at Universidad Autónoma de Madrid (Spain) is 2006, and received her PhD degree in 2011 at Universidad de Zaragoza (Spain) under the supervision of Prof. Luis Martín Moreno, analysing theoretically the Extraordinary Optical Transmission in annular holes. During that time, she spent four months at the Nonlinear Physics Centre headed by Prof. Yuri Kivshar, at Australian National University, in Canberra (Australia), including non-linear effects in her models. She spent two years (2012-2013) as a post-doctoral fellow in the Photonics and Optoelectronics group headed by Prof. Jochen Feldmann at Ludwig-Maximilians-Universität München (Germany), where she was awarded the Humboldt Fellowship, involved in the theory of optical tweezers and the manipulation of nano- and micro-objects, including plasmonic and dielectric particles, living cells and bacteria. Between 2014 and 2018, she joined the Multifunctional Optical Materials group at the Institute of Materials Science of Seville (Spain) headed by Prof. Hernán Míguez where she obtained the Juan de la Cierva Incorporación contract to work on the optical design of efficient perovskite and dye-sensitized solar cells, while triggering a new research line on Casimir forces. Since late 2018, she works as an Assistant Professor in the Laser Spectroscopy research group of Prof. Luisa Bausá at Universidad Autónoma de Madrid, involved in the theory of plasmonic nanolasers. Her current research interests are in the areas of nanophotonics and plasmonics, in connection with plasmonic nanolasers, perovskite solar cells and Casimir forces.