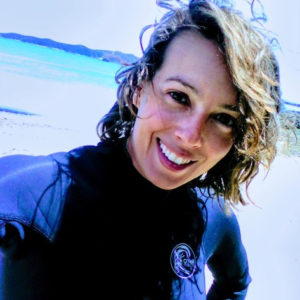 In disordered media, the transport of waves can be radically modified by strong multiple scattering. One of the most extreme examples of this effect is Anderson localization. In 3D, waves can undergo a phase transition from conventional diffusion to Anderson localization – a regime in which diffusion is suppressed or even halted altogether. This phenomenon is notoriously difficult to study experimentally, requiring a rare combination of material disorder, strong wave scattering, and sensitive measurements.

Anderson localization has now been experimentally observed for a few different types of waves, from acoustics to ultracold atoms. For light waves, however, multiple theoretical models suggest that 3D localization is not possible. These ideas are supported by the continuing lack of experimental evidence; despite efforts by several excellent research groups, localization of light in 3D has not been conclusively observed in even the most promising materials (white paint powders).

To help understand what is happening, we have used low-coherence interferometry to study the propagation of light in some of these paint powders. In this talk, we will discuss the motivation and method of these experiments, and explore interpretations of the experimental results. Surprisingly, it appears that the localization regime is reached, but then at later times-of-flight, conventional diffusion dominates once more. These results were difficult to understand until compared with a recent microscopic model – one which proposes a physical mechanism for why Anderson localization is prevented for light.

Laura grew up in the city of Winnipeg, in the middle of the Canadian prairies. There, she performed her PhD work with John Page at the University of Manitoba. Her research focused on studying the exotic effects that can occur when acoustic waves travel through dense, random materials. She then moved to the Institut Langevin at the ESPCI in Paris, where she began a post-doctoral Marie Curie fellowship with CNRS researcher Alexandre Aubry. This involved a big shift in research topics, towards practical experimental work in optical and ultrasound medical imaging.

At the end of 2019, Laura joined the University of Auckland in Aotearoa New Zealand as a Research Associate, working with the Physical Acoustics Laboratory and the Dodd-Walls Centre for Photonic and Quantum Technologies. This research team specializes in both acoustics and optics. Their main research goal is to develop new, non-contact approaches for wave imaging and characterization for natural materials, ranging from fruit to rocks.

This year, Laura has begun her own research project at the University of Auckland with the support of the Royal Society of New Zealand. She is adjusting to the isolation of Aotearoa New Zealand by travelling through the islands and attempting to surf.